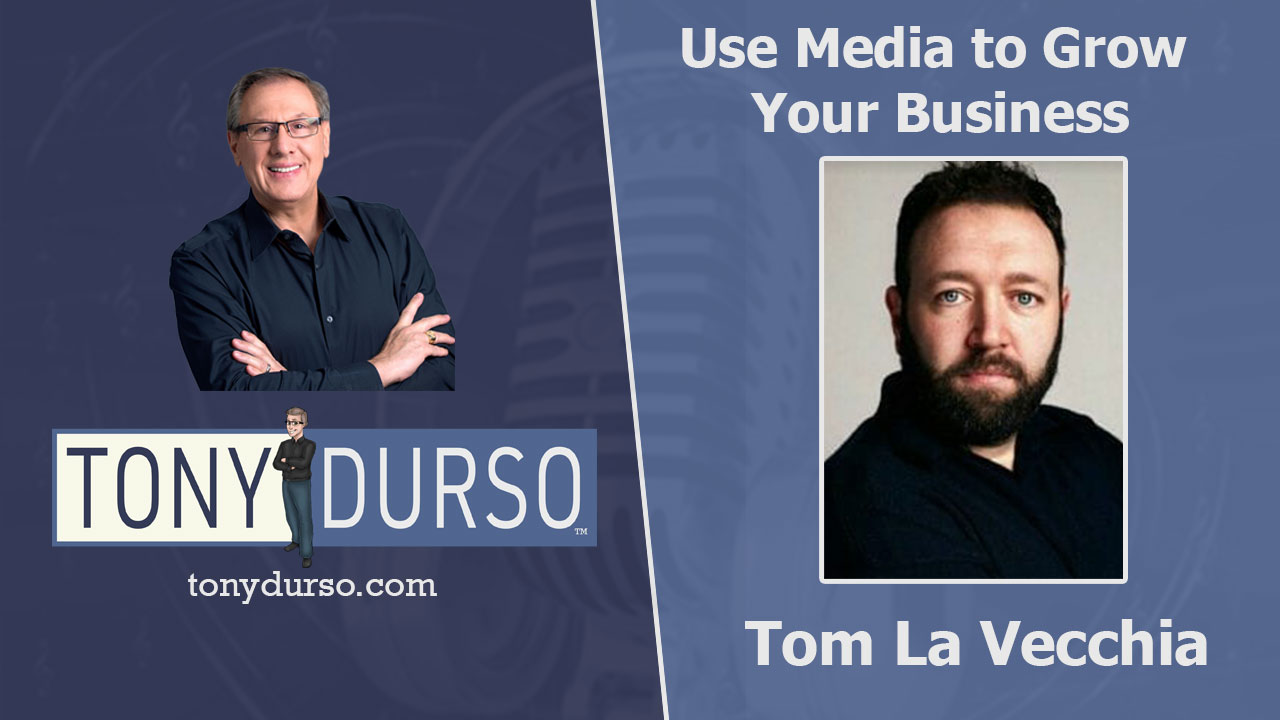 Tom La Vecchia - Use Media to Grow Your Business

Founder and President of the New Theory Magazine, Tom La Vecchia provides the ideal platform for forward thinkers covering topics that are important to Gen X’ers, Millennial, and Gen Z.

The magazine provides you with exclusive access into the mind of thought leaders through articles, while his New Theory podcast, gives rich content from their online platform covering inspiration, business, health/fitness, fashion/beauty, celebrity news, music, hot topics and much more.

With an international presence, New Theory Magazine offers a view from the inside out. The evolution of thought begins with a New Theory.

Tom went to Workers University, New Jersey State School. Working full-time at a corporation, he decided to do his MBA, which he did part-time. In 15 years in the corporate world, he got two different degrees.

He had a great run in the pharmaceutical space and medical device space. Tom loved corporate, it was great, and wanted more. He had the itch and decided to start his media firm.

He did a full-service digital marketing firm about ten years ago. Tom saw things change and people not getting it. They hung out their shingle almost ten years ago, and never looked back from corporate.

On the marketing side, he did what’s called a block and tackle marketer where you do some SEO on a  website and a little pay-per-click, and he started doing some PR where he would be begging people to get his client on their magazine. Or he would buy media on local magazines and pay money to these people or pay a lot of money to Google.

So, he kind of said, hey, man, why can’t I get those payments. He liked creating content and knew a lot of people who wanted to create content as well, and they created a little platform that could put people together.

And then from there, he was the one getting paid, instead of paying out for media. So that’s how New Theory got started. Later he started the podcast where he almost went broke twice — because publishing is a tough business, probably tougher than even podcast in terms of monetization.

He had to let the whole staff go as he was on his last legs, and started a podcast. As a new theory, he created the New Theory podcast to get his voice out there, and hasn’t looked back in 5 years.

So, the media portion is part of their mix of revenue centers for expected media. And not to get too into what happened the last year and a half, but that diversification really saved his butt.

Magic Mind
Magic Mind is the daily morning drink for creators, entrepreneurs and freelancers. It’s not like getting wired, it’s like getting Dialed In. It’s the daily drink for you. I firmly believe you will love it. I really do, and here’s 20% for you to try it too. magicmind.co/TONY promo code TONY20.