Who is Tony DUrso? 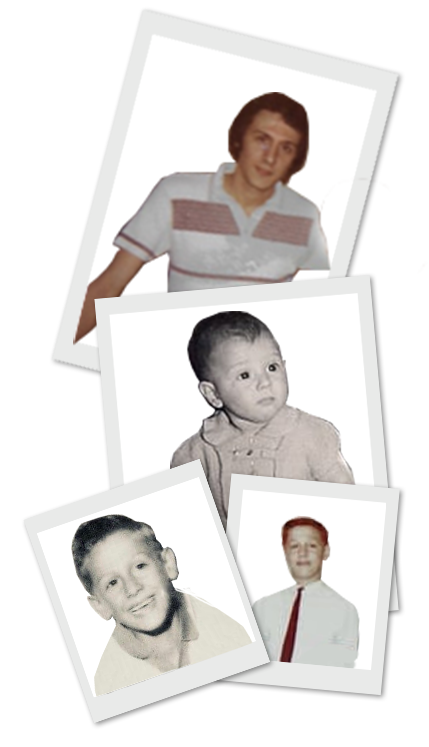 Yeah, I really was born in Sicily, and moved to Chicago at 3, hence that accent instead of Italian…I had a paper route starting at 5 years old delivering the Chicago Sun Times and the Chicago Tribune. Back then it was OK…today you’d call it child labor… I was a tad small and the cart we pushed weighed a few hundred pounds when all the papers were in there. So my older brothers and I worked together until I was 8 years old. Then I could master the giant cart myself, on most days.

I’d get up at 4am every single day regardless of the weather. Believe me, Chicago is damn cold and I delivered papers for 10 years until 14 years old (when I went into fast food). Rain, sleet, powerful winds, snow, raining ice…it didn’t matter. I delivered the papers every day…And every week when I got paid, all the money went to my parents to help support me.

We were 6 kids (all boys) and only my dad worked. My mom ran the house. I think I remember when I was somewhere around 5-7 years old that I heard that my dad only made $75 a week. I didn’t know what that was like. I knew he needed more and hoped my few dollars a week helped…I know that when my dad retired he was making somewhere over $100 a week. The highest figure I heard was like $110 or so, but I don’t know the final.

My dad took a bus to work every day, getting up at 6am himself…and he would walk the final 2-3 miles instead of paying 5 cents for a bus transfer…I could never understand that…It made no sense…Only after my dad passed away, did it ever occur to me that he paid for my oldest brother to live in the hospital for 7 years as a result of a horrible bus accident where he was run over…He said he had over 100 operations to save his leg…, and I can’t imagine the anguish he went throughI can’t imagine how my dad paid for him back then as we had no insurance…Life was different then…So I am very glad that my few dollars a week helped somewhat…I am glad I did my part.

At 14 I went into fast food as a short order cook…yeah, I
know, they don’t do that anymore… I had to get a physical and a doctor’s permission, which I did all on my own…And as I moved up in the world, I told my mom that I would cover everything myself. I paid for my own clothes, my own books, my own transportation to school some 5-6 miles away, everything…I was self-supportive aside from having an occasional dinner at home and living there…the rest was all on me…I can tell you that I know the value of one dollar…And, oh yeah, I used to pay for my own dental work myself…I remember the surprise my mom had when I got one of my teeth pulled back then. At 19 I went into the corporate world and began learning the hard knocks of business…I was self-taught as a typist, getting a book out from a library and teaching myself on the office equipment…People seeing how fast I could type landed me a job for years as a speed typist and proofreader…I typed 120 wpm back then which is still amazingly fast…I wrote and typed out my first book, The Black Book of Sales Secrets, in one weekend…I don’t consider that any kind of a feat…I just think I’m normal.

I found I did pretty well in whatever I delved into and I made some impressive record-breaking sales in real estate, collectibles and other industries…but this was making money for others all the time, which is fine as I consider that on-the-ground training…I helped form an insurance technology company and I ran the fundraising, raising $3.25 million from friends and family in a six-month period; all strictly angels. I took on the role of VP Sales & Marketing and learned lead generation and basic marketing…invaluable lessons. 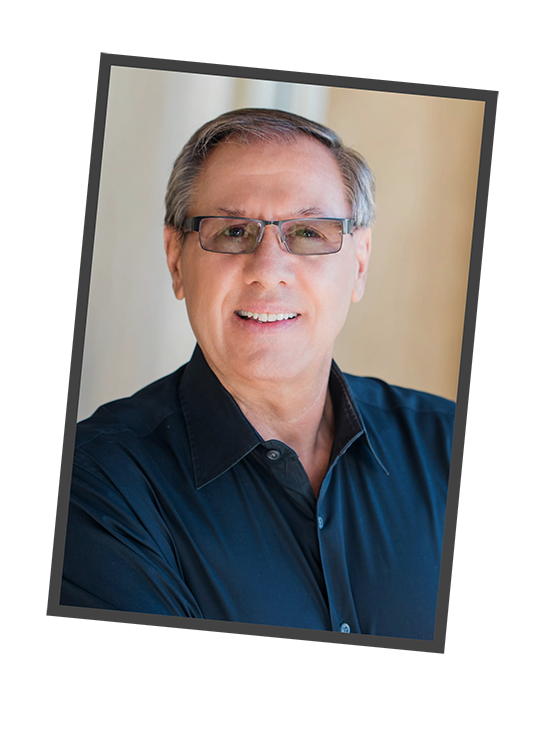 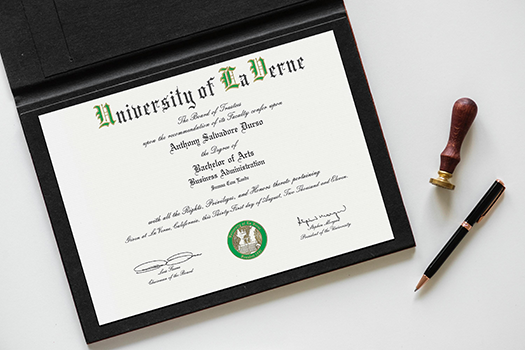 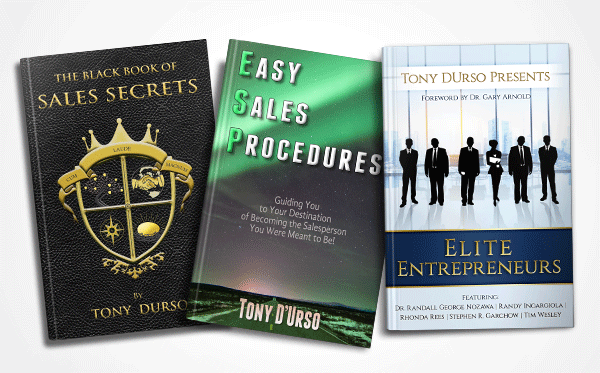 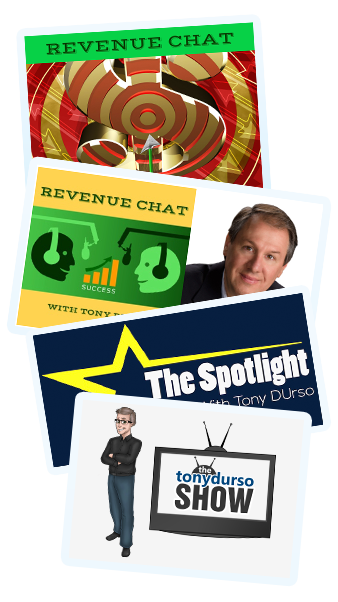 I had my own lead generation and marketing business since 2007. In Fall 2015 I tried my hand at this strange word “podcasting” which I heard here and there. I studied everything I could find out about it and launched Revenue Chat Radio. I focused on interviewing successful entrepreneurs who gave their insight and best advice to the audience. In the first year I hit 500,000 downloads!

In June 2016 I was invited to start a 2nd show with VoiceAmerica. I launched The Spotlight with Tony Durso on their Influencers Channel…I became their number one show in 4-5 months! By Fall 2017 I hit 2 million downloads total on both shows!

Now, with 2 great talk shows, I’m doing what anyone would expect as the next step: I’m combining both shows into The Tony DUrso Show and continue to broadcast on the VoiceAmerica Platform.

By my 3rd year in podcasting/radio, I hit 3 million downloads. Woo hoo…And I’m working on my TV show, which has two successful shows so far, and more to come.

Then one year we saw a growing number of homeless in our neighborhood and thought, “Why not help them out? They need it more than kids”…And, people were calling them “homeless” and I thought that wasn’t right. So I called them “our neighbors.” And thus “Breakfast With Our Neighbors” began…

I put out some social media posts asking people for a little help…Oh my goodness! Did I get help? On the day of the breakfast, we had literally 100s of people show up with tents, clothing, sleeping bags, food galore, supplies like crazy, you name it, we had it…And the press showed up and their photographer spent hours hanging around…We made front page and I was pleased at doing something significant. 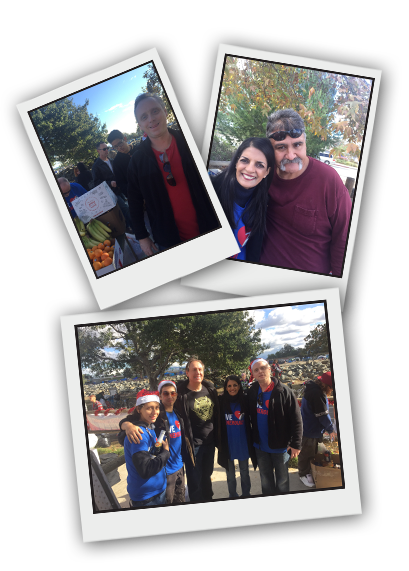 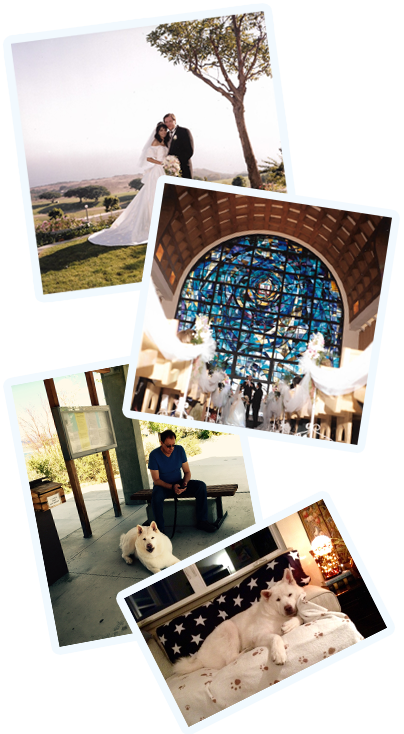 My favorite people are my wife and my dog (yeah, he’s people)…I’ve been with my wife going on 26 years. When we first started dating, we became captivated on the subject of religion and spirituality…and here we are 26 years later, still having the most fascinating discussions about all of that, and more.

My dog, Ronin, a white Akita, is my other super-pal. He’s a real trooper and has been through a lot. A few years ago he tore his ACL (it’s like dislocating the knee–ouch). And then a few months later he tore the other ACL because of the strain from hopping on one leg…I had no idea it was that bad and then bang, he could not walk anymore…That was such a bad time for us…The only way I could get him to the bathroom was to take him on a cart. And so I did for the next 10 months. We called it the “Ronin Trolly.” I’ve learned so much since and we healed him naturally with all the right supplements. We dropped his weight from 140 lbs., gradually over time, and now he’s perfect, fully healed and walking on his own.

GET TO KNOW TONY BETTER:

The Vision Map™
Arrive At Your Destination: 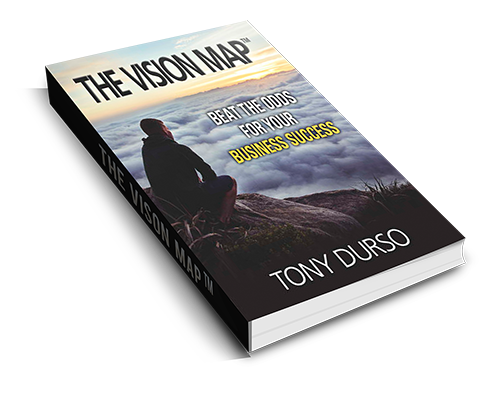 Get It Free Now 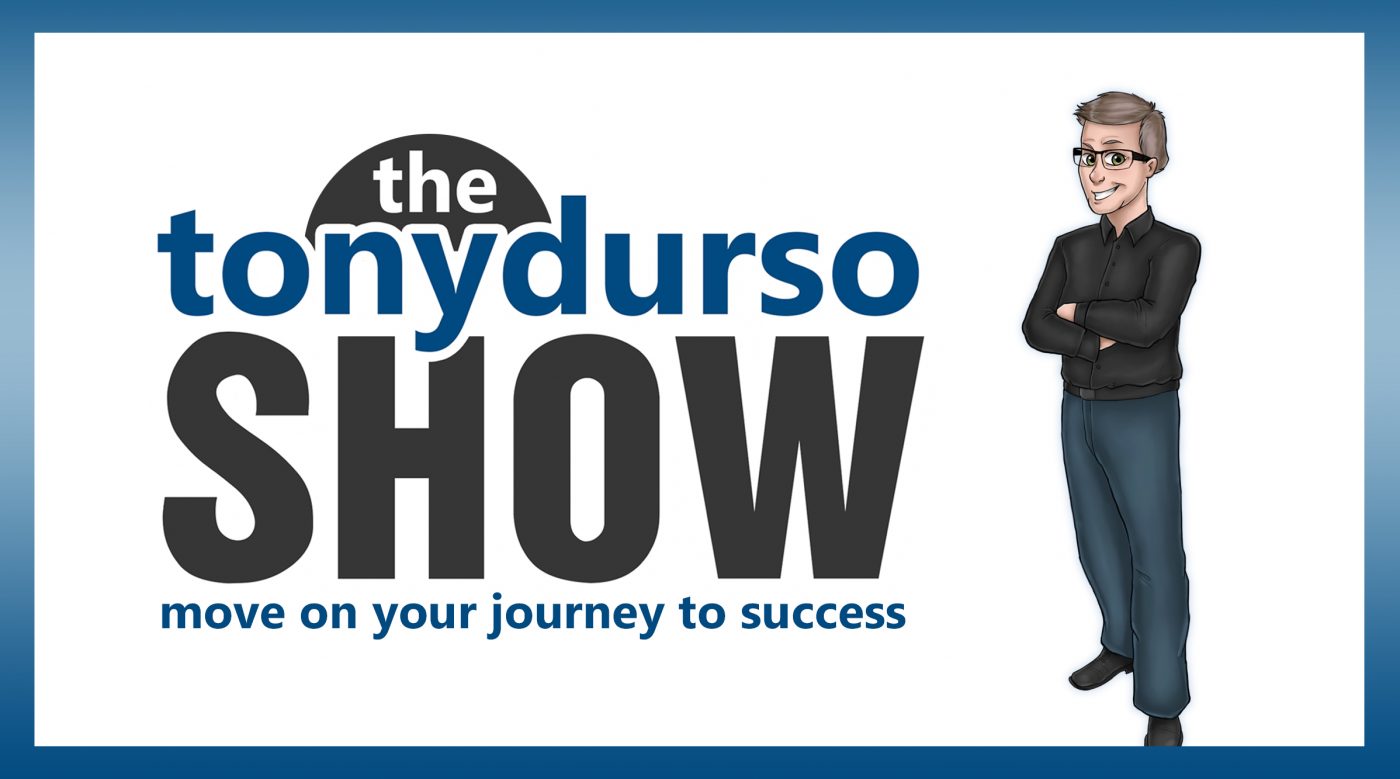 So…that big question we ask…there are so many people out there with so many pieces of advice and techniques that it would take several lifetimes to check them all out…but we want to speed it up…we want to learn how to market our products, learn about leadership, get techniques on getting sales, how to monetize what we have, how to drive traffic…and learn how the successful elite do it…your questions are answered by this show…here are your answers. 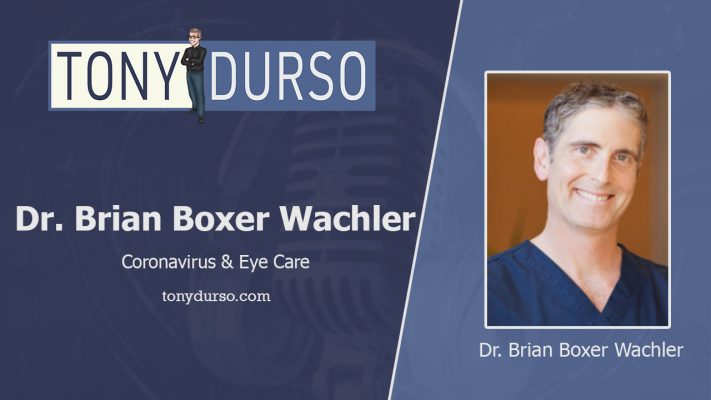 Dr. Brian Boxer Wachler is America’s TV Eye Doctor™ and is known as “The Surgeon’s[...] 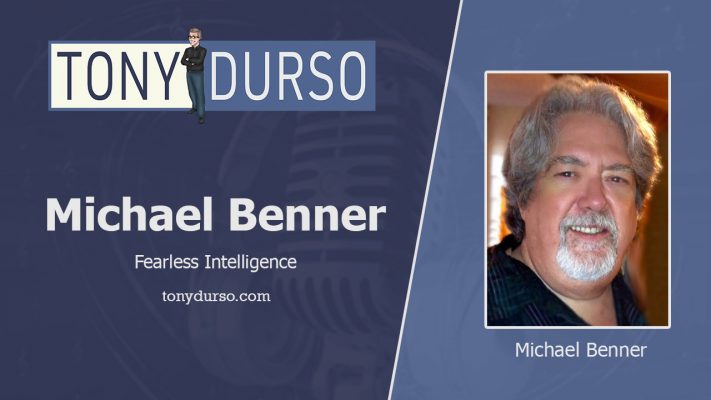 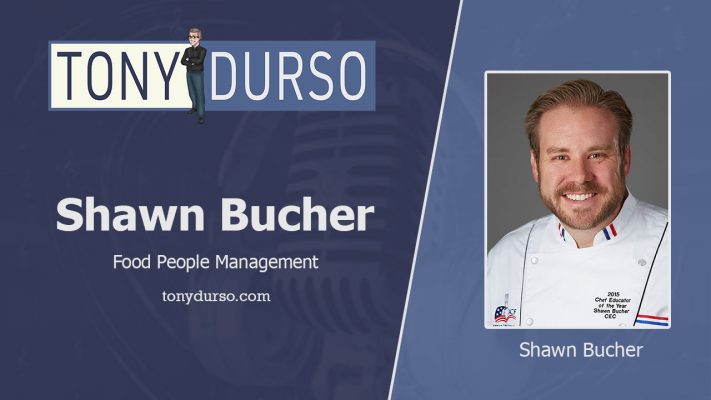 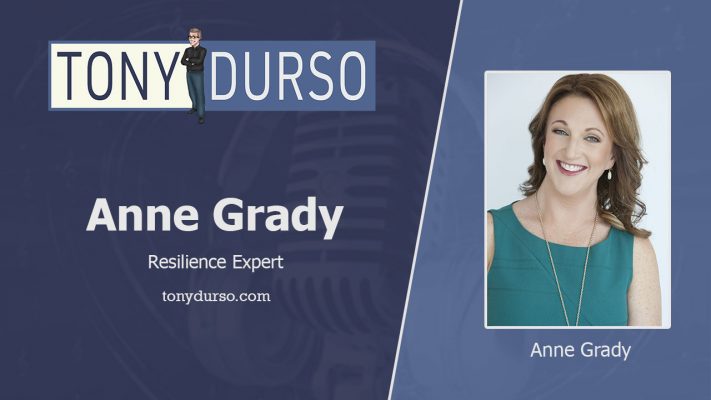 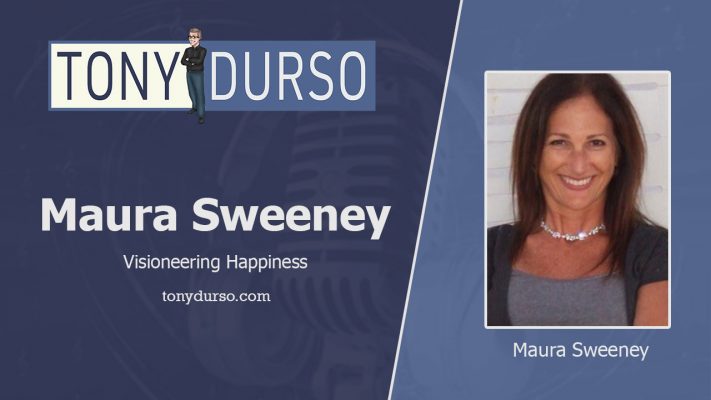 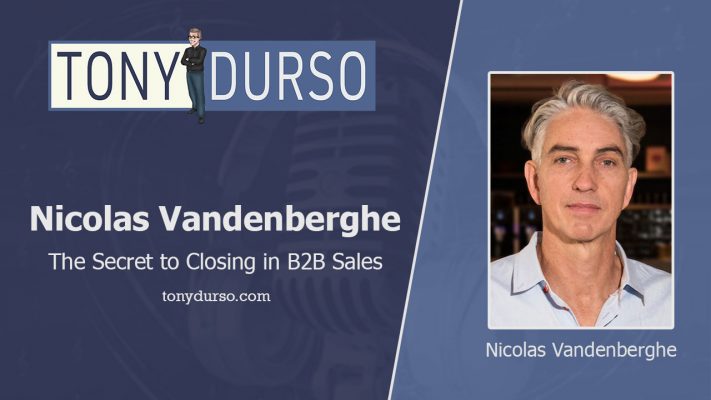 The Secret to Closing in B2B Sales with Nicolas Vandenberghe

Nicolas Vandenberghe began his career selling newspapers in the streets of Paris in high school,[...] 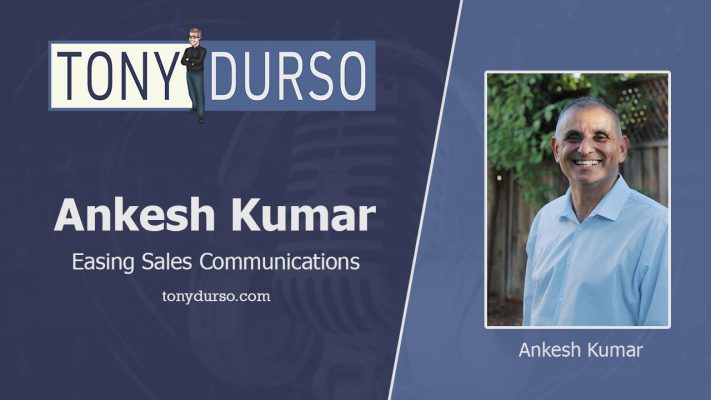 Ankesh Kumar was born in India, grew up in London & created numerous companies in[...] 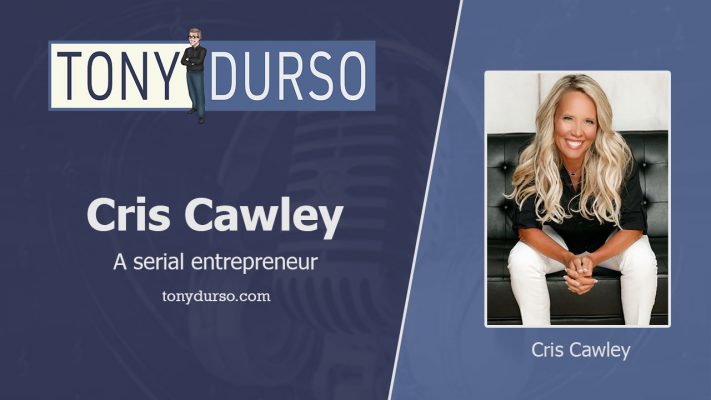 How do you get more high ticket clients? Listen in with Tony DUrso as he[...] 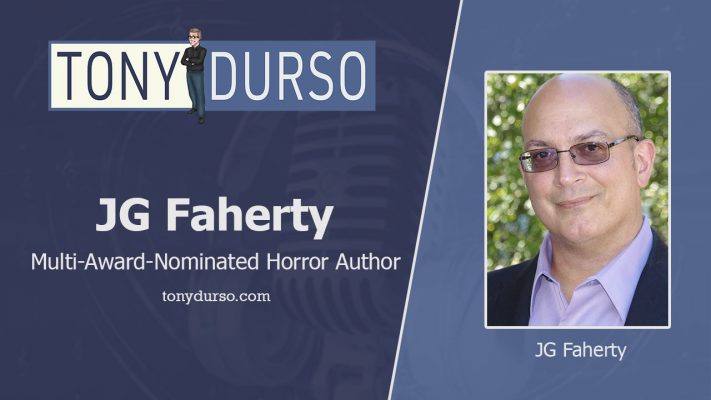 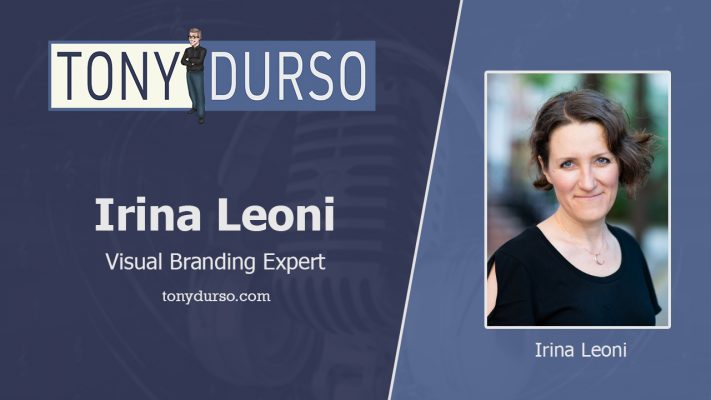 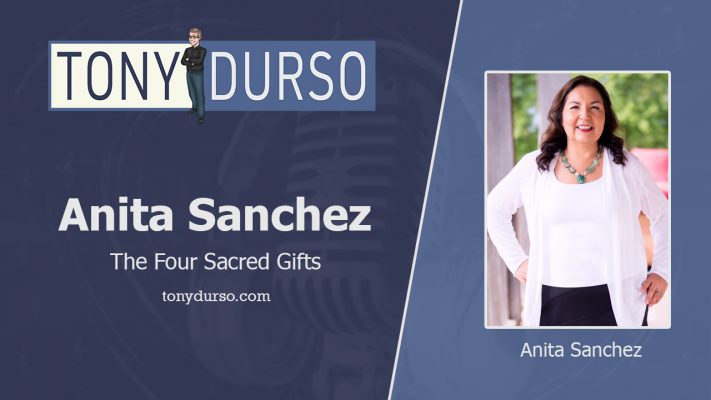 Get Interviewed by Tony 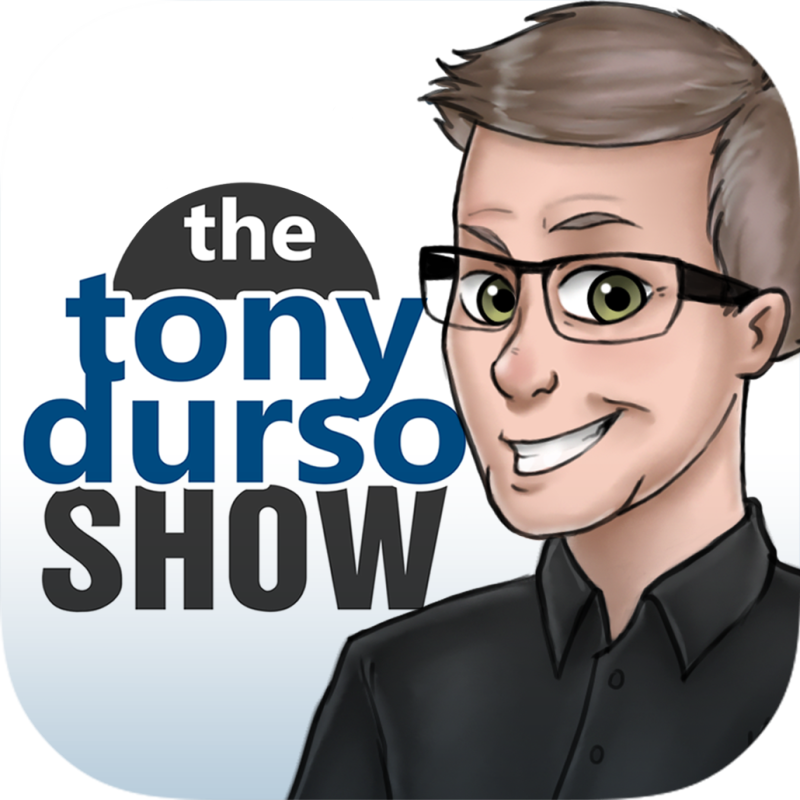 The Tony DUrso Show is a high-ranked business podcast, which is the #1 show on VoiceAmerica Influencers.

With nearly 500 episodes, 4 million downloads and 250,000 monthly listens, Tony has a growing media empire and massive fan base all dedicated to Entrepreneurs with Vision.

Some of Many Testimonials 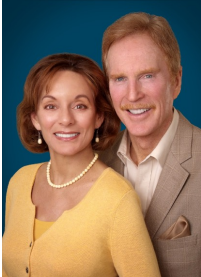 Having been on your show with Bonnie on two separate occasions, we can testify that you are a thoughtful interviewer with a great ability to summarize and communicate the principles behind what is being said. It is your podcast we choose to send to our prospects. Thanks for doing a great job for your followers and your guests

Tony is by far the most insightful and rationale host in the business. His interview style is easy but substantive. He welcomes and engages his audience and guests. He has vast knowledge that he displays with humility. What a pleasure. 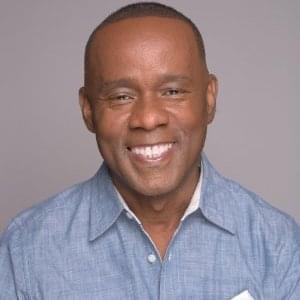 I found Tony to be extremely professional and passionate as he was interested in myself, my journey and success in my Martial Arts and Motivational Speaking. I found his shows extremely informative and educational. I learned so much from his amazing guests. I highly recommend The Tony DUrso Show. 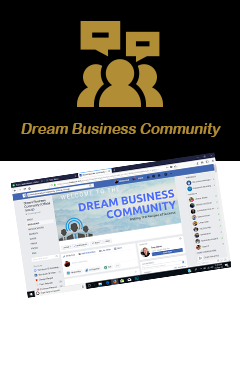 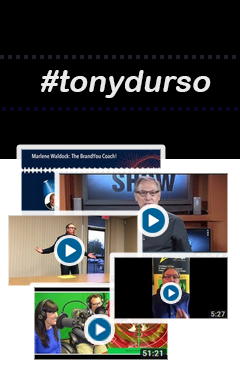 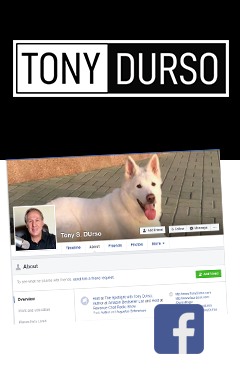 Tony DUrso on Other Shows 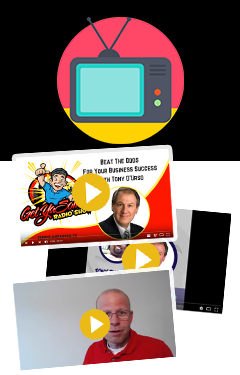 You Want Traffic – You Need Traffic

IMAGINE you have worked your entire life to get to “THIS POINT.”

You know the point where you have finally gotten your service or product ready to deliver. 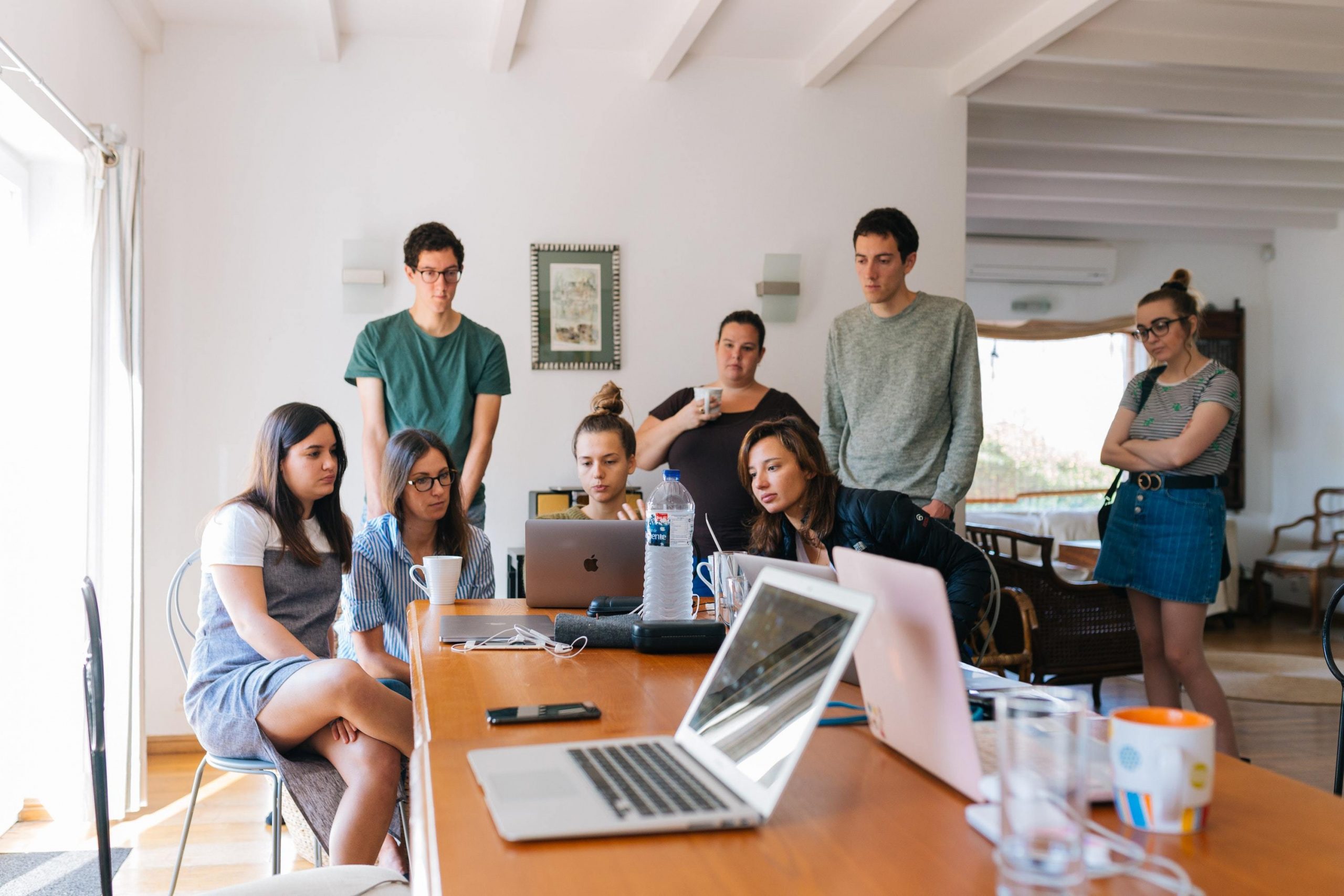 You have worked for years just thinking about the day you are ready to share something the world will love.

So you decide today is the day that we “GO LIVE!”

What you did not expect is is that even though you posted it on your page in FB, and shared it on the other Social Media platforms you use, “No One” seems to be clicking through to your page . . .

SO you Start looking for answers and advertising seems the surest way. You dive in, and start spending. PAY to create the Ad and then PAY for the Ad spend. WOW . . .

You hire a professional and they want you to PAY to create the Ad and then PAY for the Ad spend. WOW . . .

This is costing a lot & in many cases, still no real traffic. You do not have enough people coming to your page to make the adjustments in order to optimize the offer . . .

YOU WANT PEOPLE WHO ARE INTERESTED IN YOUR PRODUCT OR SERVICE, RIGHT? . . . 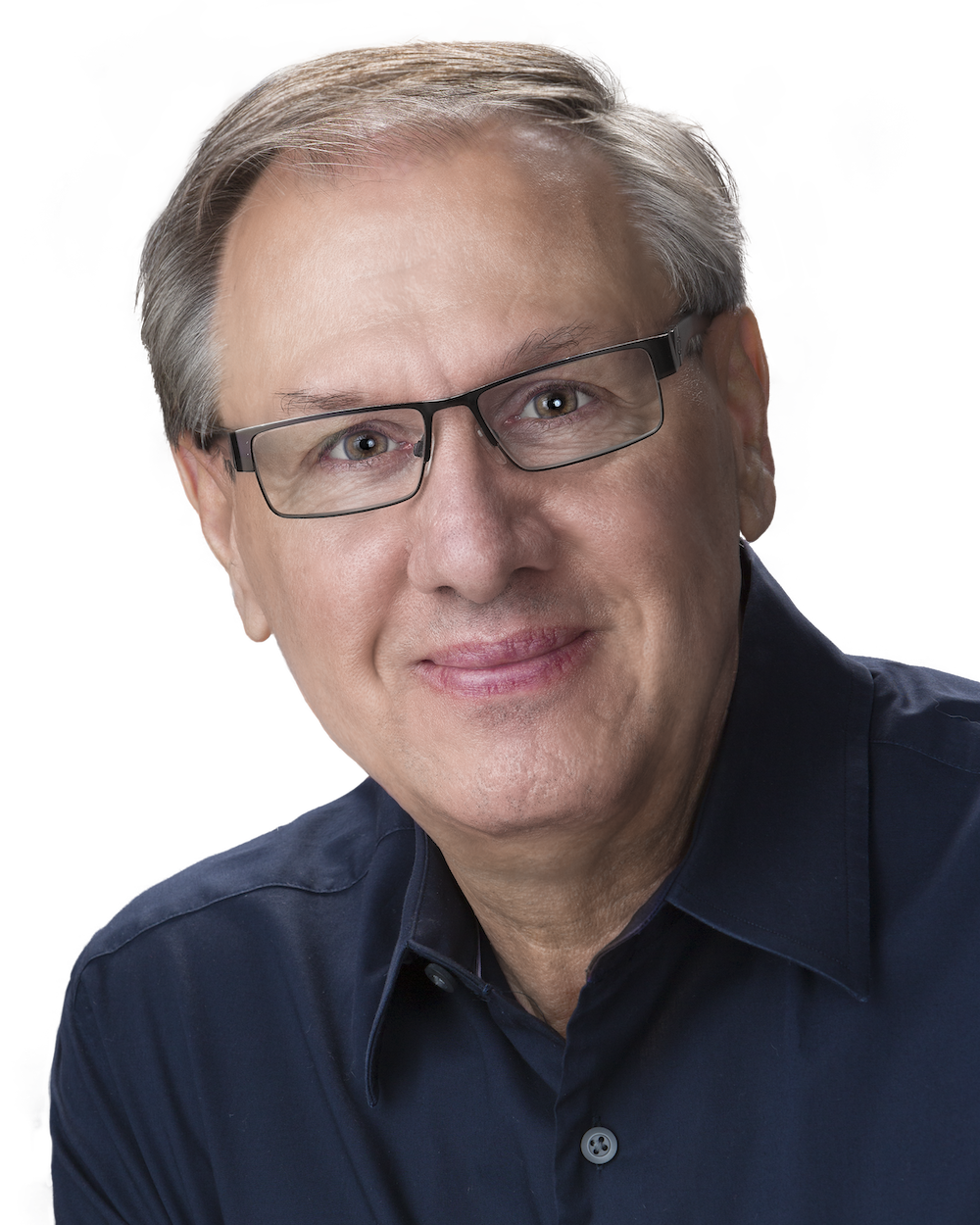 Hire me for your consulting or speaking events.

I can train and mentor you on: leadership, management, lead generation, The Vision Map™, podcast/radio, sales and book writing.

Hire me to help you with: