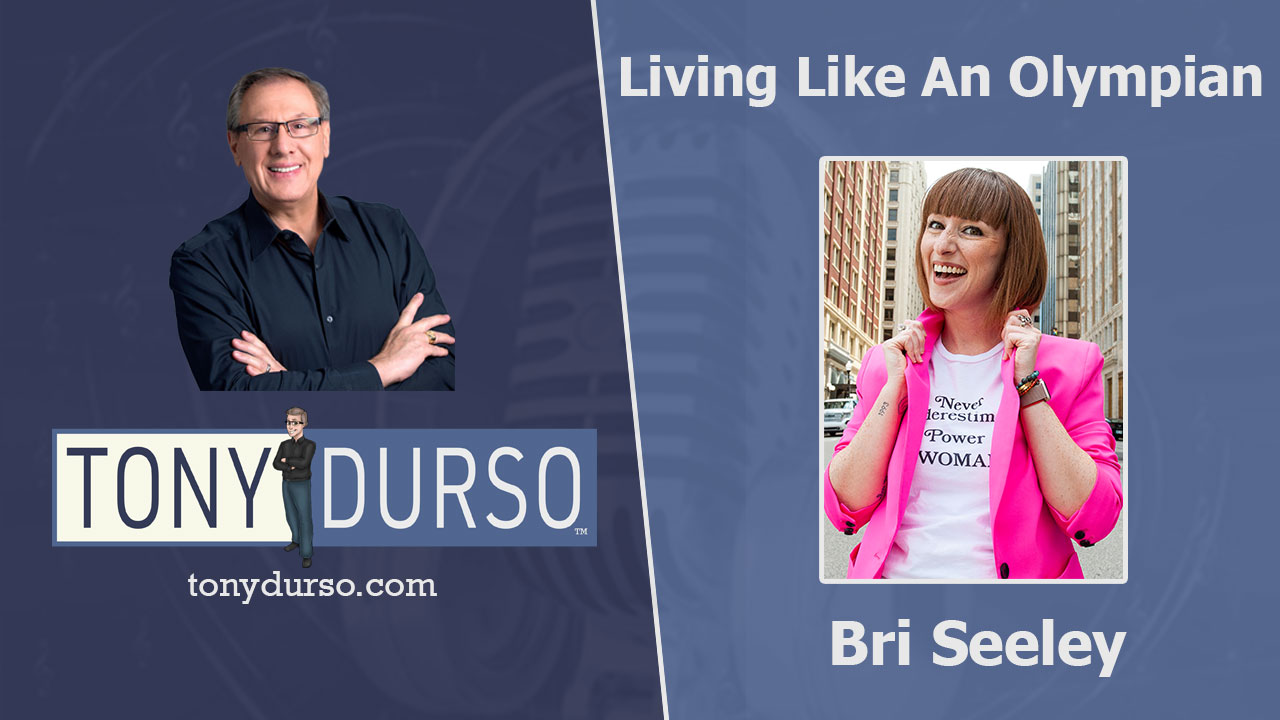 Bri Seeley is Google’s Top-ranked (#1) Entrepreneur Coach. She has helped thousands of entrepreneurs around the world begin their entrepreneurial journey, create their first 6-figures and even scale to revenues of a million or more.

She’s a member of the Forbes Coaches Council, the author of the best-selling Permission to Leap, host of The Success Diaries podcast, and she’s appeared on The TODAY Show, Forbes, Entrepreneur, Yahoo! and now The Tony DUrso Show.

She was raised as an only child by an entrepreneur, dancing to the beat of her own drum. When it was time, Bri got her bachelors degree and next her masters degree in fashion design.

She knew when it came time to get a real job, she still wanted to have her creativity. What followed was Bri accidentally started her own fashion label.

Fast forward 8 years from starting her fashion label. She was dressing celebrities, her clothing was worn on the Bachelor, LA fashion week, winning awards at Phoenix fashion week and so on.

But behind closed doors, she was miserable. She was having panic attacks and didn’t want to do what she was doing anymore.

Bri was faced with a lot of struggles.

Her pivotal point was during a meditation when she heard, “shut it down and walk away”. She did not take that lightly and 72 hours later, she closed her fashion brand of 8 years.

After that she ventured into the unknown, but knew that she wanted to remain an entrepreneur.

Bri started to clean out her email inbox and saw entrepreneurs had been emailing her for years asking her to help them with their businesses. At the time, she would respond that she was a fashion designer and they should look elsewhere.

But she used those emails as a nudge from the universe to move in that direction. That’s when she started her own coaching business.

In the following year, she was making 6 figures, and it has been upwards for Bri since then.

Her mission and passion is helping entrepreneurs be successful. There’s many ways to misstep, fail and a lot of misinformation is out there. She wants to eliminate the struggle and frustration, and instead help and guide entrepreneurs to succeed on their own terms.

Faherty
Stock up on all your fall and winter clothes NOW! Head to fahertybrand.com and enter the promo code TONY at checkout to snag 20% off ALL your gear. My wife loves the jacket I got her and she wears it indoors & out. Listen to my commercial on this interview.

Vidyard
vidyard.com/tony
An easy-to-use yet powerful video solution that makes it simple to create videos, host them ad-free, share them with others, and track their performance. Sign up for Vidyard free today and as a bonus get their State of Virtual Selling Report.