The Purpose Code with Eric Lochtefeld 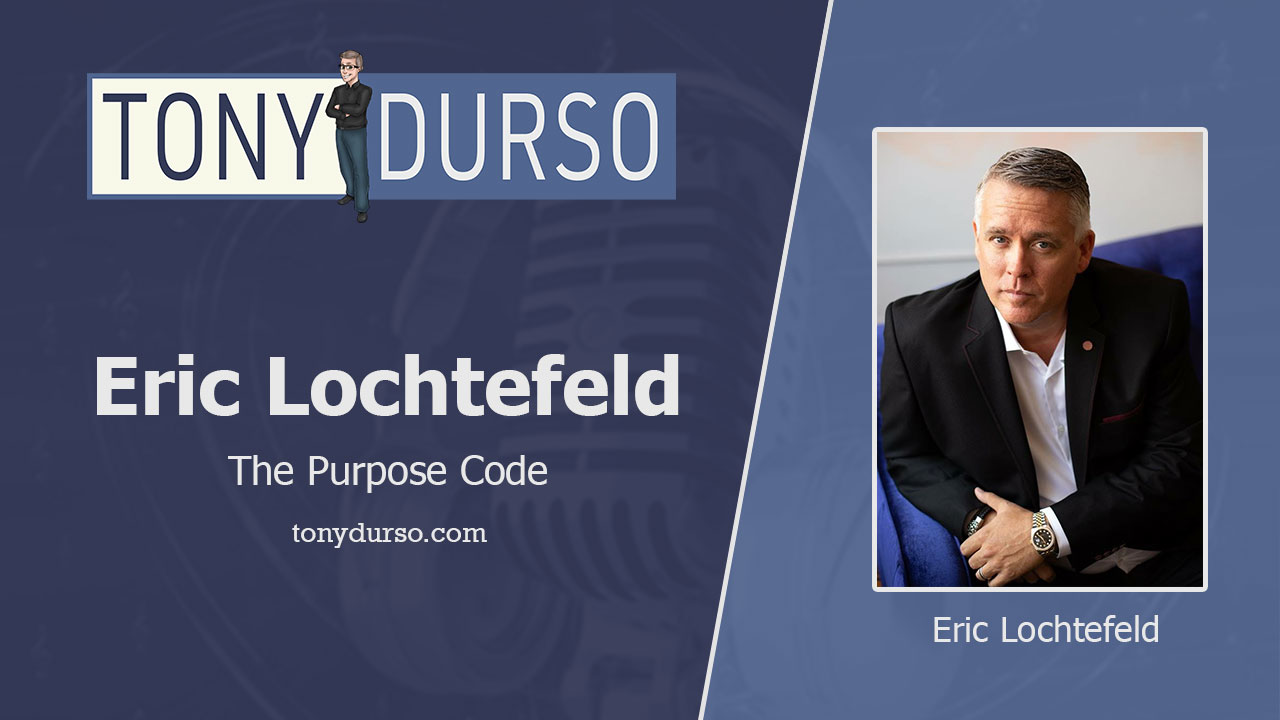 Eric Lochtefeld is an 8+ figure entrepreneur, investor, and the co-author of Purpose Code, who specializes in helping entrepreneurs find their bliss by serving their true life’s purpose. Over the last 24 years, he founded or co-founded 20 entities exceeding $250M in revenue. Eric excels at bootstrapping quality businesses to $3-5 million in annual revenue within 3 years.

Out of 20 entities, 13 have achieved 7-figures, while 2 have skyrocketed to 8-figures alone. Today, Eric’s zone of genius is helping successful but dissatisfied entrepreneurs reinvent themselves so they embrace their highest purpose; becoming potent receivers of wealth, joy and abundant bliss. Possessing a keen eye for extraordinary talent, and a gift that turns anything into a million-dollar success, he also financially invests in clients who can impact the world with their heart’s calling.

Eric starts right out of the gate with a bold statement that is probably counterintuitive to what you would expect as a goal for any entrepreneur.

That to become a billionaire, you had to become a monster, and it’s not a choice you’re allowed to make. People make that choice for you. Imagine that!

Eric recognized that this would make him financially unrelatable to almost everybody that you know and care about. That’s astounding.

He also goes on to say that if you build something of value, that someone is going to try to take it away from you. Another astounding statement! Has this happened to you, or does it worry you?

And another statement to keep winning, you have to make someone else lose. That is fierce, isn’t it?

And when you are at that point of serious wealth, the transformation happens that changes you. You become hardened, less compassionate, less empathetic and aloof, and worst of all, you become feared.

And then what I think is the absolute worst is that this person with that seriously crazy amount of money becomes lonely. Imagine that! And for Eric, he almost died from this until he woke up and realized it wasn’t worth it.

I know it sounds great to have billions, but this is on the road to get there. Plus, as I joke about many times, you just can’t eat that much food.

Those are serious problems Eric brings up. When you accumulate a lot of wealth, your friends and family want some. I’ve seen that happen. I’ve seen them act as if they are entitled to have a share of all the hard work that you put into a project or projects while they just sit around. That is sad. Have you run into this? How do you handle it?

His story of collapsing was a major turning point for him. He realized his purpose and since then puts joy first in his life and that saved him.

Eric goes on to discuss his effectiveness in helping others and talks about going to a live Tony Robbins event, training styles, what he got out of it and much more.

You can hear that on my Member Site. The title is: Bonus Content- The Purpose Code with Eric Lochtefeld.

You can also ask me anything about that interview or anything else, in the forum on my member site. — I’ll see you there.

I am excited to announce my new premium membership offerings! If you've always wanted to ask me questions, or listen to my interviews ad-free, or get more content from our guests, or want to support me as a content creator, this is for you!Click me

Skouts Honor
Probiotic grooming products scientifically proven and a natural solution for treating your pet’s skin problems. We use it on Daisy, the family dog, and we all love it! Receive 20% off your first order.

Indeed
If you’re in charge of hiring, Boost your job post and get the best people, fast. This is their best offer available ANYWHERE. For a limited time get $75 credit.