EP16. Surviving in a Financial Catastrophe by Michael Tellinger 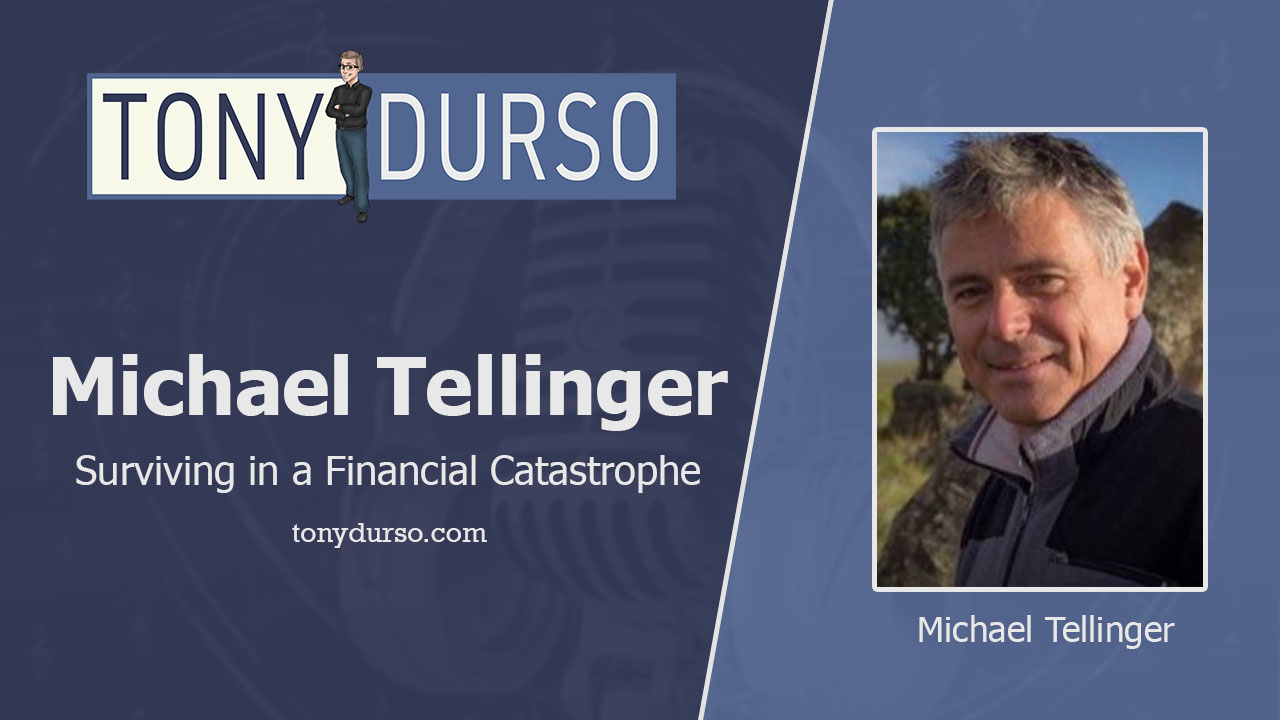 Up to now, all of my shows have been on how to generate revenue, how to increase and grow your business and so forth. But what if our basic financial system has another meltdown?

In 2008 the U.S. suffered the worst economic depression since the Great Depression.

It is no secret that financial pundits are predicting the fall of the U.S. Dollar as
the Global Reserve Currency. The U.S. is expected to drop down to a position equivalent to the end of the British Empire in the post-World War II period per Jim Rickards, a Financial Threat and Asymmetric Warfare Advisor for both the Pentagon and CIA who makes serious predictions about our financial future.

Another factor that can bring financial collapse is through solar flares. NASA stated, “a powerful coronal mass ejection (CME) tore through Earth’s orbit on July 23, 2012.” — “If the eruption had occurred only one week earlier, Earth would have been in the line of fire.” If this had hit the earth, we would have seen serious power blackouts, and the grid going down, if not more serious consequences to humanity. This means all financial institutions could be shut down. A man-made EMP could have similar destructive capabilities depending on where it is detonated.

Michael Tellinger gives insight on how to do business and survive in a financial catastrophe here on Revenue Chat with Tony DUrso.