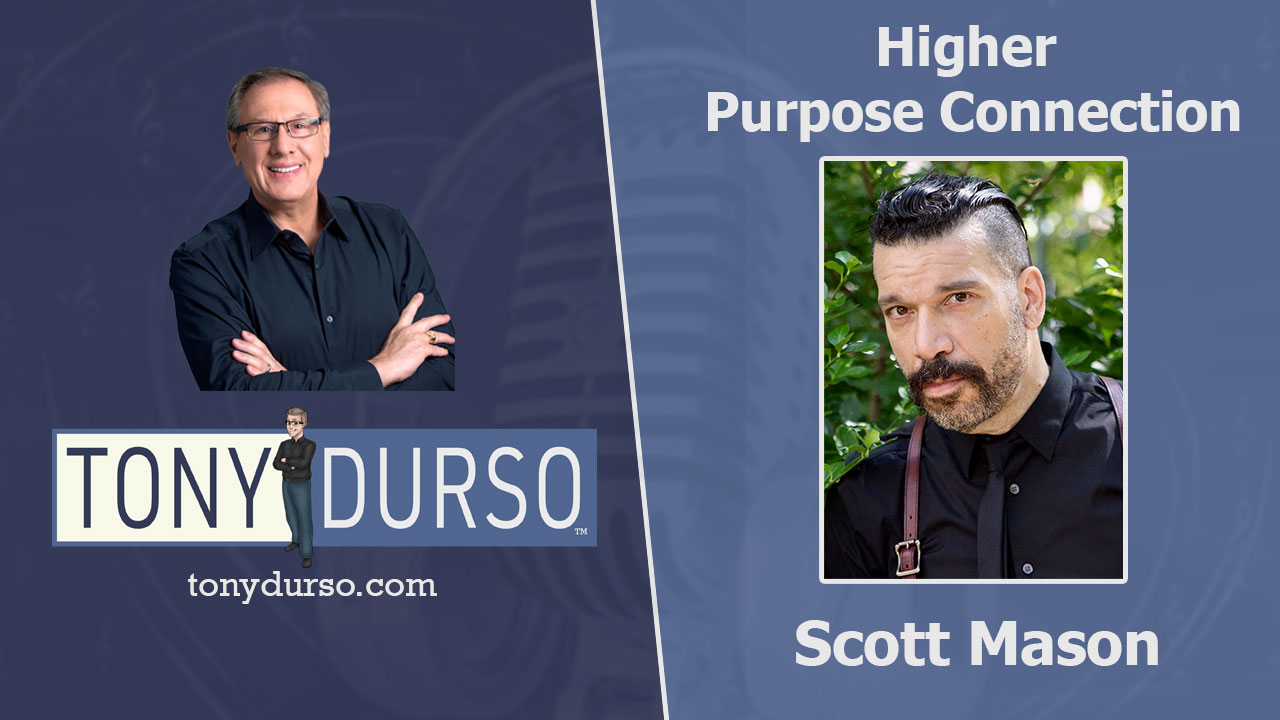 Scott Mason is an inspirational and keynote speaker who focuses on resolving human disconnect and building resilience by connecting to a higher purpose — to build a better self and a better world.

From printing, to General Counsel and Vice President of Operations for Urban Resource Institute, (the USA’s largest operator of domestic violence shelters), to 2nd in command of New York’s administrative tribunal system to podcasting and the list goes on …

Born in England, raised in Kansas, he ended up in New York City for law school. As an attorney he climbed his way up as an executive for the city of New York itself.

That was a good ride, for a long time, but he always knew he was destined for something greater. And he kindled his ability as a speaker to bring out passion to unite people and excite them behind a common theme.

He was still quite focused on public policy with an intellectual interest and a significant event had to occur to get him to switch to his greater and higher purpose connection.

That event occurred, many years later, when he had the opportunity, though forced, to move to a different career.

This change is, no doubt, due to his regular pursuit of finding out why he was here on Earth and why he was given his gifts and the ultimate meaning behind what he was doing.

It seems as the regular contemplations of that, opened the door for him to move into a new, and higher-level career.

In focusing, and putting those pieces together, his life began to rapidly change.

This again, is a big change in his life, as his earlier career was not focused on professional success and purpose.

Consider it like the house of cards that so many of us are familiar with. At some point it can (and does) go crashing down because there is nothing substantial (our purpose) that holds it up. His professional journey was merely a means to an end.

It was always pushing for “the next rung higher” until it all collapsed.

And so much more is discussed, with some very endearing and powerful, life-changing, personal life stories.

Justworks
Justworks makes it easier for you to start, run & grow a business. It’s simple to hire and manage remote employees across all 50 states. Find out how Justworks can help your business by going to justworks.com.

Fiverr
I use them exclusively for 6 years running! Find the freelancers you need to give your next project just the boost it needs to finish strong. Sign up for Fiverr Business absolutely free for the first year. Get 1 free year and save 10% on your purchase on Fiverr Business. Fiverr.com code Tony

Marpipe
If you’re spending over $25,000 a month on Facebook advertising, you need Marpipe today. Book a free demo at Marpipe.com/tony right now and get a free $2,000 credit – but only until December 31st.

Roman
Get a free online evaluation and ongoing care for ED, all from the comfort and privacy of your home. A U.S. licensed healthcare professional will work with you to find the best treatment plan. Go to GetRoman.com/durso now & get $15 off your first month.