EP25. P2: The Crazy Life of a Kid from Brooklyn with Bill Morgenstein 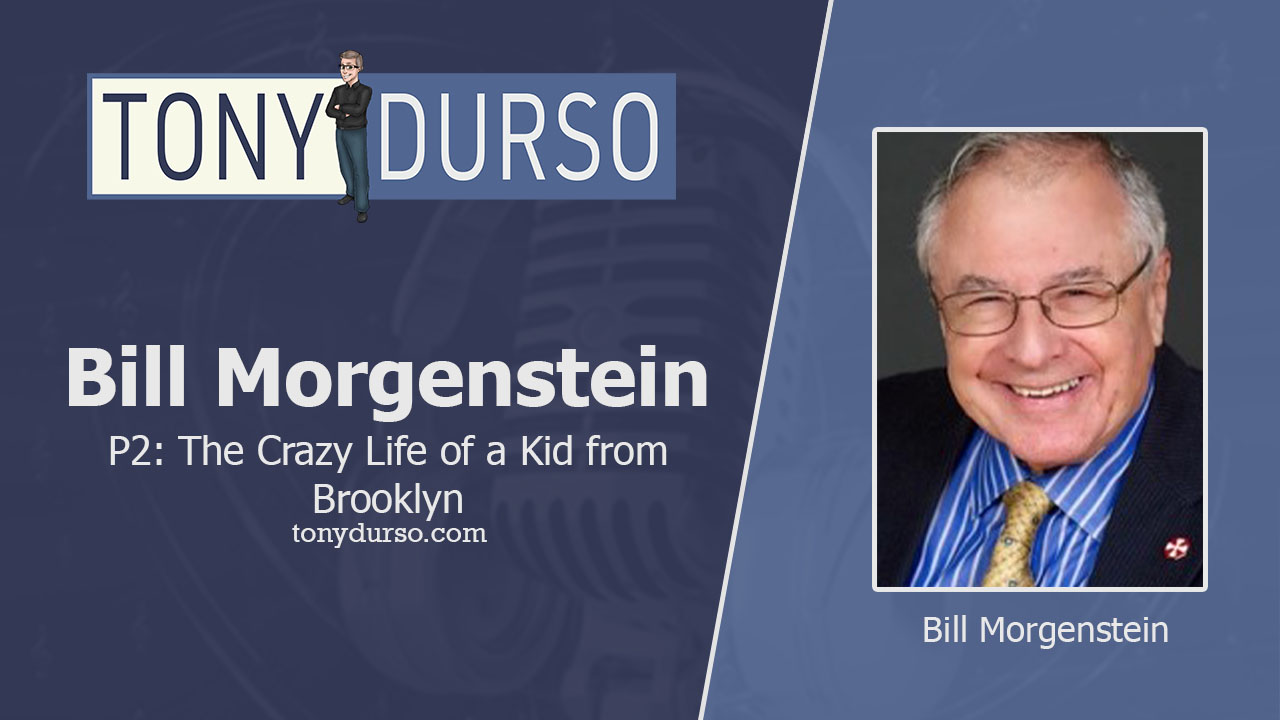 Bill Morgenstein - P2: The Crazy Life of a Kid from Brooklyn

Bill regales us with humorous and instructional anecdotes in his book, The Crazy Life of a Kid From Brooklyn, which is full of lessons in determination, including successes and failures.

His childhood dream was to play baseball for the New York Yankees. He went on to get his bachelors degree in Finance & Banking from the University of Alabama, while playing baseball as often as time permitted. After his degree he served a term in the military in Korea. Afterward, he began working for a shoe company and eventually became the President of the Kitty Kelly Shoe Company running a chain of shoe stores while at the young age of 35; after which he formed an import-export shoe company eventually doing $55 million in volume.

His new book is best summed up by a recent review from one of his readers:

“When I read his book, I was very touched. His writing is clear, entertaining and funny. I learned so much more about that kid from Brooklyn, couldn’t put the book down. His crazy and beautiful life, his enthusiasm and the will power to keep going, even when anyone will feel that there is no way to keep going, is amazing.”

Bill is the President of the Marquesa Funding and Consulting Corp since 1970 (that’s over 45 years for anyone counting) and helps businesses get the funding they need starting at 1 million dollars.

A never ending laugh fest with Bill! His antics continue to make me laugh. I still can’t get over the prom!