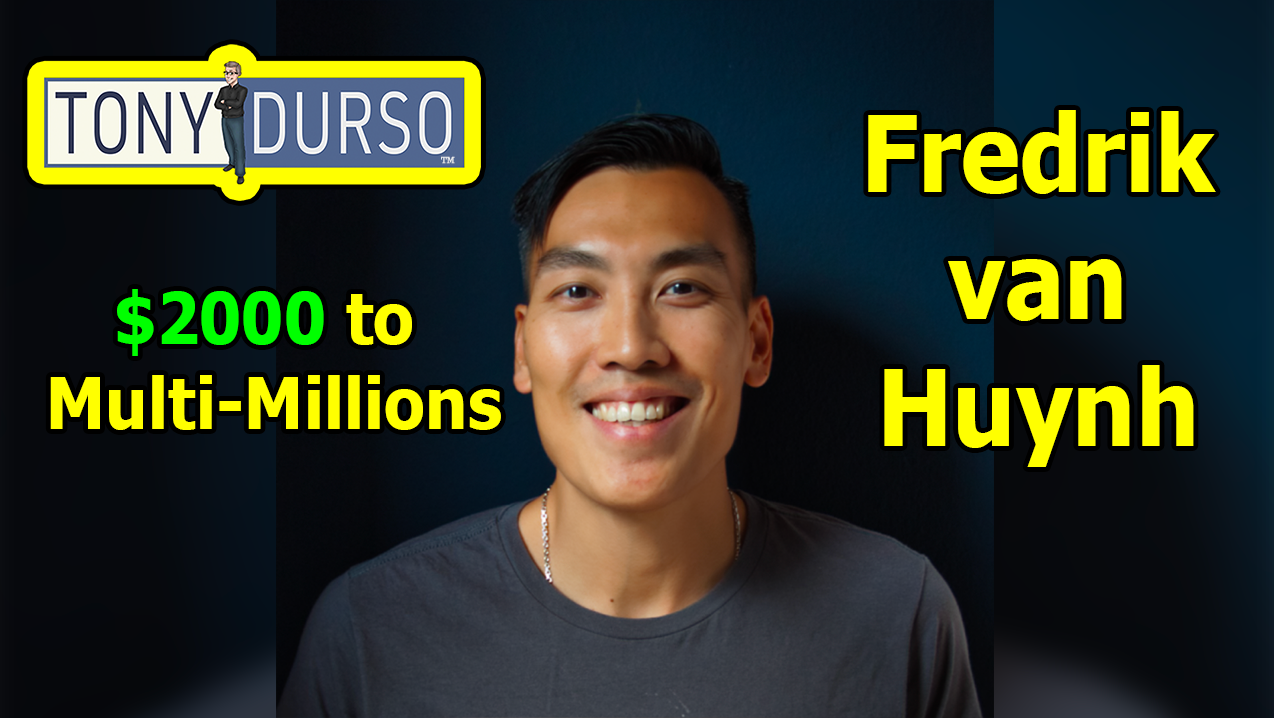 Fredrik van Huynh is the Co-Founder of Absolute Internship, one of the world’s largest internship programs for students.

Frequently covered by Forbes Magazine, The New York Times, Bloomberg Businessweek, Financial Times, and BBC News, Freddie is recognized as one of Sweden’s top entrepreneurs, having built a multi-million dollar business from the ground up.

Speaking seven languages, Freddie was ranked in 2019 among the “Top 25 Swedish Entrepreneurs Disrupting Industries and Breaking Boundaries Around the World” alongside Spotify Co-Founder Daniel Ek and Skype’s Founder Niklas Zennström.

Fredrik van Huynh’s story starts back during his college days when he was an exchange student in Shanghai. He first heard about internships from his roommate, as back in his home country of Sweden, internships were few and far between. His roommate explained that an intern gets to work and learn the ropes, doesn’t get paid, but earns a great addition to their CV, gets their foot in the door, and helps them land a solid job after graduation. Freddy met a bunch more interns working for the Beijing Olympics, Heineken, and many other firms.

One year after, Freddy was an exchange student in Japan. Three of his American classmates were looking for summer internships, and knowing the former interns from China, he offered to help them find positions. Back before everything from jobs and housing could be found and booked online, searching for accommodations in other countries typically required boots on the ground or personal contacts—so Freddy helped them successfully find and sort out the details of their summer internships.

Another year later, Freddy graduated and moved to Bangkok, where he lived on $500 a month, buying soccer jerseys wholesale from Adidas and Nike factories, and selling them on eBay. After a late-night binge-watching session of The Sopranos, Freddy Googled “summer internships” and found a company charging $12,000 to sell sought-after New York internship positions. This sparked his idea to organize internships for people in China, where people don’t speak English and need help not only finding positions but navigating the transition to a new country.

After reading The Four Hour Work Week, Freddy was inspired to start a company where he could work from anywhere in the world. He was spurred to action and began his internship program. Now, Absolute Internship is a multi-million dollar business helping students across the world.

Freddy shares that being an entrepreneur means loving adventure and having a fire in your belly. The journey is not always easy, so you need a burning desire to succeed. He was greatly inspired by Think and Grow Rich by Napoleon Hill and became deeply obsessed with building a multi-million-dollar business. In his studies of millionaires, entrepreneurs, all the sharks on Shark Tank, and more, he followed in their footsteps, not only reading but applying their strategies.

Not being able to take a salary for four years is unthinkable to many. Freddy did so and attributed his ability to dig deep and come out on top in the end to establishing a strong why. When you’re investing everything back in the business and not paying yourself, it’s crucial to set goals and remind yourself why you made them and what you’re trying to attain. Freddy also shares that many successful people not only write down their goals but read them out loud several times per day as a reminder to stick with them and keep themselves anchored, especially when times are tough.

A burning desire to succeed and putting everything on the line is what fueled Freddy toward incredible achievements. He lets us know that imagining and envisioning the wins were also important pieces of the puzzle and that the tough times further served to make him stronger along the way.

For more information on Freddy and his company, visit www.absoluteinternship.com.

Stay tuned for more entrepreneurship tips and tricks and guidance as you move forward on your vision path from the Tony DUrso Show.

The Tony DUrso Show celebrates Teacher Appreciation Month and the importance of raising kind kids, who are, after all our future entrepreneurs.

Lisbet Chiriboga is the program manager of People for the Ethical Treatment of Animals’ (PETA) TeachKind program. She creates lessons and activities that aim to foster empathy for animals and are appropriate for even the youngest learners along with other resources for educators interested in humane education.

Truebill
Truebill.com/tony helps us lower bills & take control of our subscriptions as we often forget about 80% of them. The average person saves $720 per year with you & it can save us $1000s.

Novo
No fees banking. No ATM fees. No bank wire fees. No transaction fees. No ACH fees. No hidden fees. And to balance out the negatives: Yes, yes, yes, yes, yes! Just great free banking with over $5000 in perks and discounts. Sign up for the best banking at free novo.co/tony.