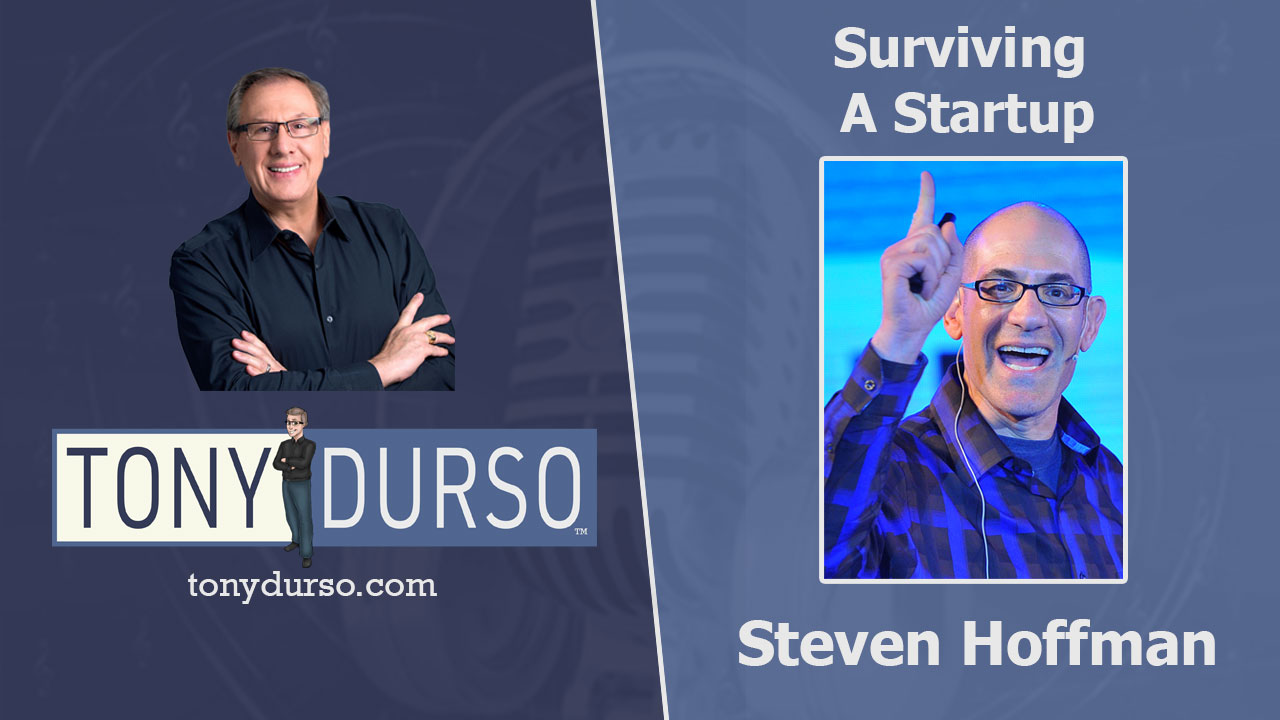 Steve Hoffman (Captain Hoff) is the CEO of Founders Space, one of the world’s leading startup accelerators, with over 50 partners in 22 countries. Founders Space was ranked the #1 incubator for overseas startups by Forbes and Entrepreneur Magazines.

Hoffman is also a venture investor, founder of three venture-backed and two bootstrapped startups, and author of several award-winning books. These include “Make Elephants Fly” (published by Hachette), “Surviving a Startup” (published by HarperCollins), and “The Five Forces” (published by BenBella).

In addition, Hoffman is the founder of LavaMind, a games and entertainment startup. Hoffman served on the Board of Governors of the New Media Council, was the founder and Chairman of the Producers Guild Silicon Valley Chapter, and was a founding member of the Academy of Television’s Interactive Media Group.

Steven Hoffman has a long history with startups. His career took off with three venture-funded startups in Silicon Valley as well as two bootstrap startups. He proclaims, “he’s been in the trenches” and knows first-hand all the hardships and triumphs that entrepreneurs face.

After his third venture-funded startup, when he decided to take a break, his friends began to approach him for help with their own startups, asking questions on how to raise money, how to pitch investors, how to scale a company, and beyond. He soon gained the nickname “Captain Hoff” and became a go-to for startup information in Silicon Valley.

He then established Founders Space, first just a blog to answer common questions, which grew into a headquarters in San Francisco, and subsequently expanded into the global startup accelerator it is today.

Takeaways
Steven teaches us how to turn our startup dreams into reality. He offers tips on becoming a successful entrepreneur when you’re just beginning. For example, instead of getting fixated on one idea, brainstorm many ideas around a specific area that you’re interested in innovating on, which will help you find solutions that actually resonate with the market and meet demand.

He further guides us on what makes up a great entrepreneur; they handle stress well, are very flexible and able to change direction quickly, and don’t need everything planned out. Great entrepreneurs are also masters of identifying opportunities and executing them at the right time.

Hoffman also sheds light on what modern-day investors are looking for: repeat customers. He further tells us to take control of the deal with investors and never to put all of our eggs in one basket. Successful deals start by setting the parameters, steering the negotiations, and making the rules yourself.

Babbel
Start your new language-learning journey today with Babbel. Their 15-minute lessons make it the perfect way to learn a new language on the go. Right now, when you purchase a 3-month Babbel subscription, you’ll get an additional 3 months for FREE. That’s 6 months, for the price of 3! Just go to Babbel.com and use promo code DURSO.

Fuzzy
Fuzzy is a tele-health service for pet parents that offers 24/7 access to personalized pet care from veterinary professionals. They can save you $1000s – listen to my commercial. Right now, Fuzzy is offering our listeners a FREE 7-Day Trial membership. Go toYourFuzzy.com/DURSO today to sign up.