Supercharging Your Business with Israel Duran 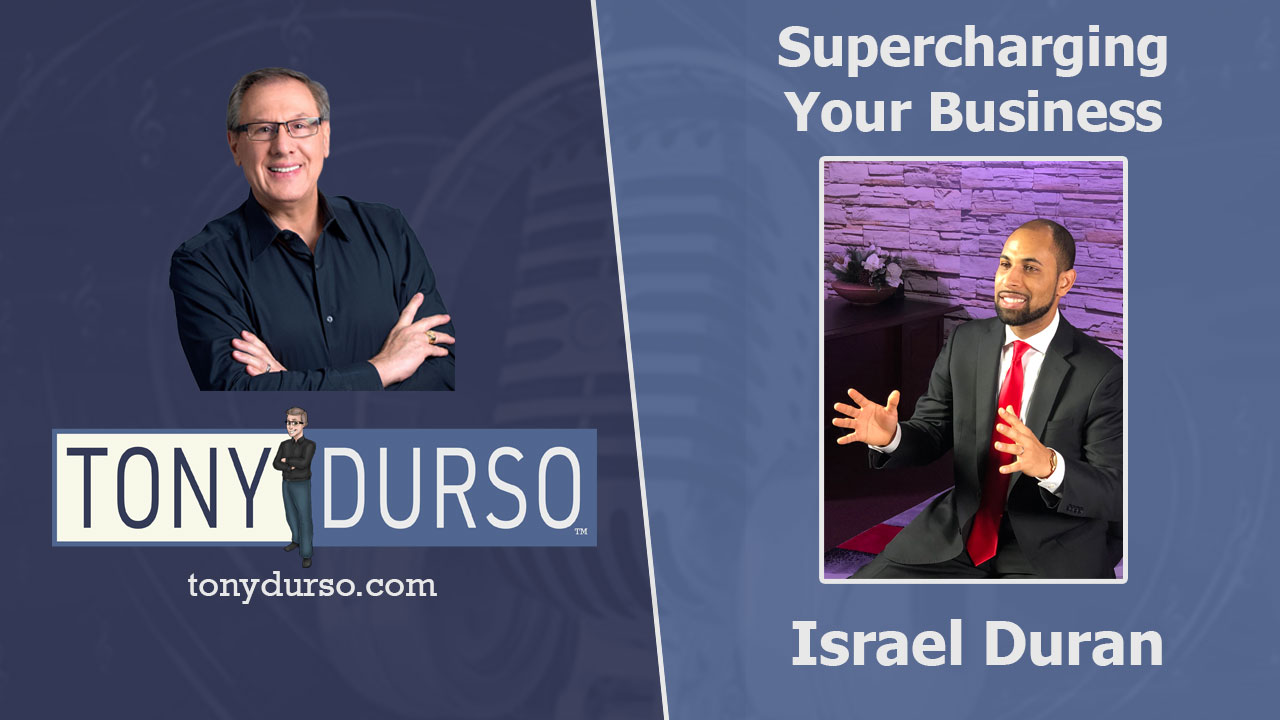 Author of Money Management Mindset, Israel Duran is a renowned mentor who helps Visionary Entrepreneurs discover, design & deliver their gift to the world! His 4 areas of business expertise: branding, marketing, sales and operations.

In less than 7 years Israel built multiple successful businesses and has empowered thousands of purpose-driven entrepreneurs worldwide. His goal is to train visionaries on how to leverage their expertise and knowledge to create profitable businesses that impact individuals, businesses, and the world.

Through a simple 3-step proven and transferable process, Israel is able to accelerate business growth by helping to instill clarity and direction into the purpose of every client; teaching them how to design and deliver effective solutions. He is known for his ability to unlock the potential of every partner, thereby positioning them to profit with a purpose.

His father died when he was 3 months old. Growing up, he was rebellious, had a speech impediment, had a rough childhood and even held back in second grade.

And, if that wasn’t bad enough, he actually died in a pool when he was 7 years old. His soul left his body and was en route to God’s Realm, when he was saved by a stranger who was not there when Israel turned to thank him. In fact, no one ever saw the stranger and people say he was never there.

He thanked God for being saved, and grew his appreciation for Him.

Israel saw that as an opportunity to get his life together — emotionally and spiritually changed from thenceforth.

He got far more clarity for his life, when he was in college, and began realizing the benefits of being an entrepreneur and growing his purpose to serve others.

I’ve seen the testimonials on his page, and listened to some of the people that he’s helped to get up to 6 & 7 digit figures. Phenomenal.

He wants to transfer his knowledge to others, and empower others to release their gifts to the world.

Part of his success is that he looks for 3 items when choosing who to work with. 1. Have to have an existing product or service. 2. Have to have a target market. 3. They have to be purpose-driven. Their Why has to be greater than them.

With those in place, Israel can help a business greatly succeed.

Your potential is limited to the partners that you associate with… This is much more explained in this interview. Listen and learn..

Tru Niagen
Tru Niagen is a supplement that’s clinically proven to boost N-A-D levels, an essential coenzyme required for cellular energy and repair. Add more vitality to your life today, with Tru Niagen. Right now, new customers can save ten percent on their first purchase by going to TruNiagen.com/durso!

Justworks
Justworks makes it easier for you to start, run & grow a business. It’s simple to hire and manage remote employees across all 50 states. Find out how Justworks can help your business by going to justworks.com.