Success Through Networking with Frank Agin 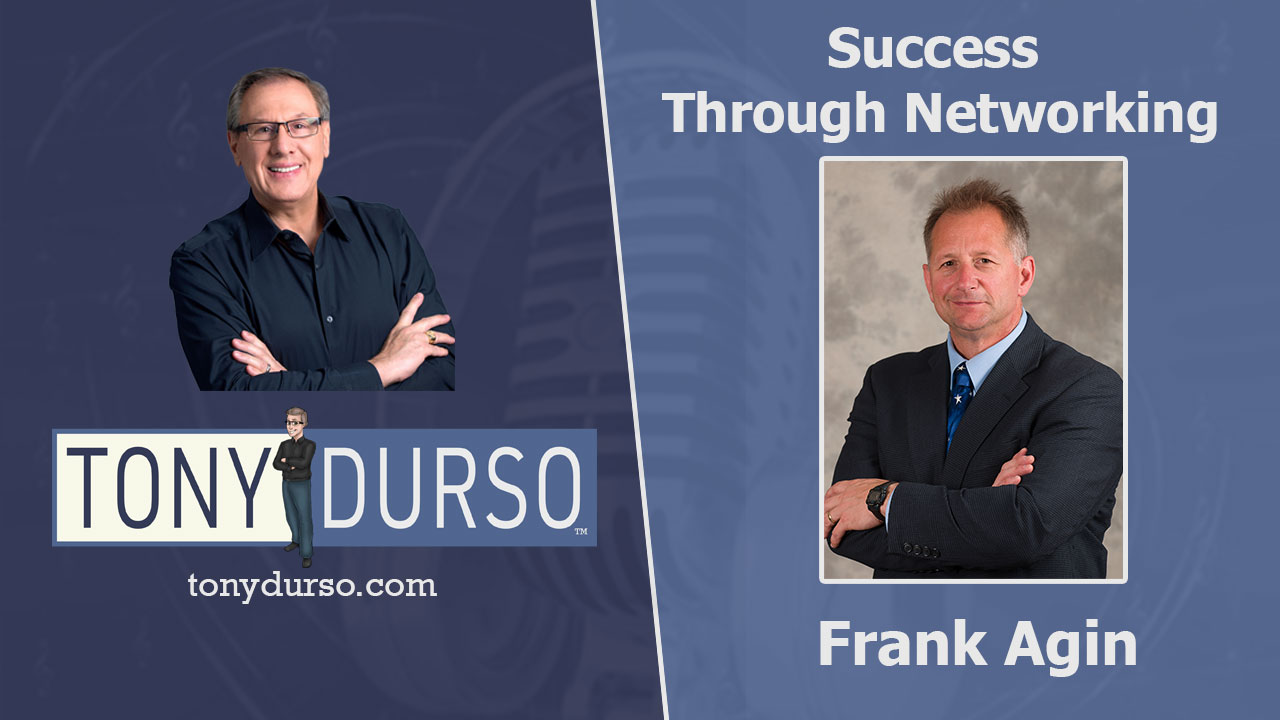 Frank Agin is the founder and president of AmSpirit Business Connections, where he works to empower entrepreneurs, sales representatives and professionals around the country to become more successful through networking.

He is a “sought after” speaker and consultant to companies and organizations on topics related to professional networking and business relationship development.

Frank has a law degree and MBA from the Ohio State University and a B.A. in Economics and Management from Beloit College and continues his professional development through a variety of programs and sources.

Frank lives in Columbia, Ohio and went there to go to law school. Later on, he became a law degree holder and MBA holder.

He started his career in public accounting as a tax consultant and it was a great job for him. He had great coworkers, clients and office. Everything was just so prestige and great. However, he realized he do not want to do tax for the rest of his life.

After 6.5 years of being part of the firm, he decided to leave and go on his own. He started his private practice by putting up a small law business, but unfortunately funny, nothing happened. He did not know how to get clients, unlike big firms where he just needs to show up and voila, his work is already there. He had no idea what to do. He went to networking events and ran around handing out his card hoping that somebody will hire him. Worse luck, none.

One day he had lunch with his friend, also a lawyer, and asked what he needs to do to be successful. She answered that he needs to go a leads group. At first, Frank did not know what that was. Later on, he was introduced to an organization which is based in Pittsburgh. There, he realized he can lift up his whole world by helping other people and trusting that it would comeback to him. He doubled-down on that and became very successful with his law practice through that organization.

Early 2000’s, he had an opportunity to buy the organization from the woman who was running it. Proudly, he bought it and rebranded the organization into AmSpirit, which is short for American Spirit. He decided to stop practicing law and that really changed the trajectory of his life. From being an attorney, he became a mentor who teaches people how to build relationships.

There is one question that people always ask, “what is networking?” According to Frank, networking is really not a product of the 80’s, 90’s, network marketing or anything like that. Its broad definition is that it is two or more people working together towards their mutual success. It has application both in business and personal life. Listen in to learn more….

Truebill
It’s the new app that helps you identify and stop paying for subscriptions you don’t need, want or forgot about. Don’t fall for subscription scams. Start cancelling today at Truebill.com/tony. It could save you THOUSANDS a year.