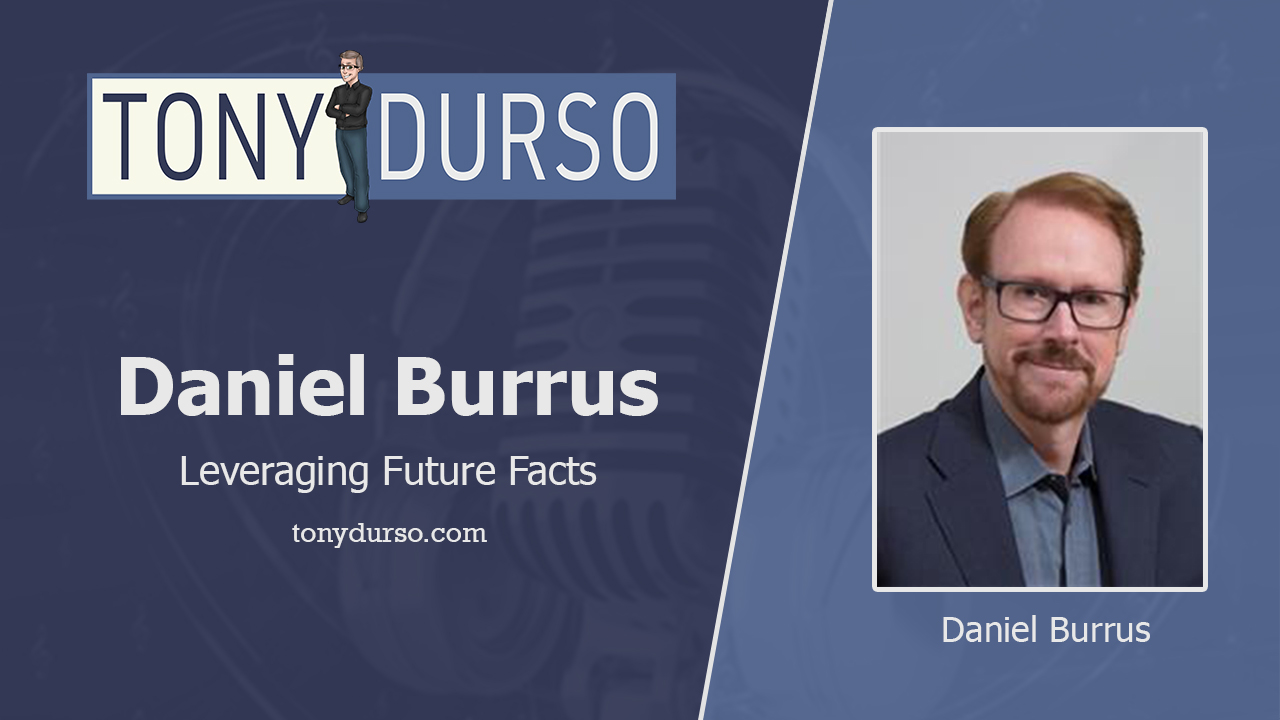 Daniel Burrus is considered one of the World’s Leading Futurist Speakers on Global Trends and Disruptive Innovation. The New York Times has referred to him as one of the top three business gurus in the highest demand as a speaker. He is a strategic advisor to executives from Fortune 500 companies helping them to develop game-changing strategies based on his proven methodologies for capitalizing on technology innovations and their future impact.

He is the author of seven books, including The New York Times and Wall Street Journal best-seller Flash Foresight, as well as the international best-seller Technotrends. His latest book, The Anticipatory Organization: Turn Disruption and Change Into Opportunity and Advantage , is an Amazon #1 Hot New Release for Business.

Early in his life he knew he was a teacher and that set the stage for him.

He started 6 companies with 5 profitable in the first year. And 4 of those companies were national leaders in the U.S. in their first year.

For most of his life — his core business — is to predict the future, and being right.

Daniel teaches us in this interview how to do it as well. How to predict the future and be right. This is astounding.

He’s made over 3000 keynote speeches, with a speech in China of 14,000 people to show the size of audiences he teaches.

He is a strategic advisor to some of the largest entities on Earth, such as the Pentagon & Google, teaching his methodologies, on how to accelerate their growth.

He has developed learning systems on how to anticipate rather than react. At the core, once again, he is a teacher and loves to empower people.

He drops the shocker on us when he says he doesn’t want us to focus on success and living the successful life. I could sense people moving to the edge of their chair on that one. He goes on to point out that success is all about “you.” But you should live a significant life.

Ponder that one. It’s quite a mindset.

He goes on to explain that and so much more. I recommend listing to this again, and again.

So we want to be significators instead! lol

And, we should be good at anticipating future events as Daniel so clearly teaches us throughout this interview.

Vidyard
An easy-to-use, yet powerful video solution that makes it simple to create, host, share and track your videos. Start using Vidyard completely free and as a bonus get their 2021 B2B Video Trends Guide.

Indeed
If you’re in charge of hiring, Boost your job post and get the best people, fast. This is their best offer available ANYWHERE. For a limited time get $75 credit