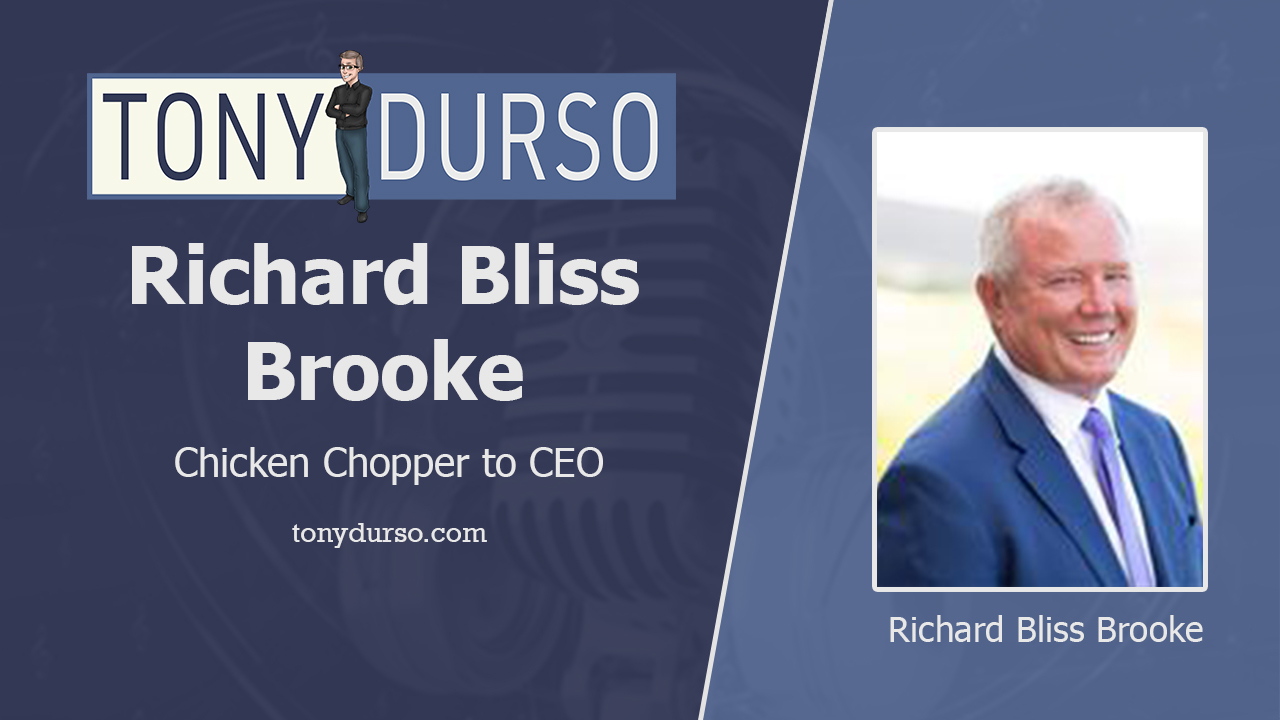 At the age of 25, while driving a borrowed car Richard had the personal breakthrough he needed and by 28 was earning $500,000 a year … rock star income in 1982. Richard developed his gifts of Listening and Coaching to a level that transforms people. His retreats and workshops are world renowned for the breakthroughs they provide.

In 1992, Success magazine featured him and his company on its cover. In 1995, he wrote Mach 2: The Art of Vision and Self-Motivation and in 2008 he wrote The Four Year Career®. He owns multiple global businesses and is having way too much fun to retire. Richard lives in Lanai Hawaii with wife Kimmy. They both travel and work around the world, coaching and inspiring others to pursue their highest and most worthy visions.

He seems like he was a loner from the start, with parents that did their own thing and left him alone. As such, he didn’t get socialized very well. When the parents sold their ranch, and moved to the city, he was thrust into a community where all the city kids hung out, making him even more of a loner, making him feel quite insignificant.

Needless to say, with that setup, he didn’t do well in school either.

After school, his only options were to work back on the farm or in food processing.
Little did he know, or did he, that if he didn’t make a serious change in his life, he would wind up working in the same job for 40 years, like other high school friends of his.

He probably would have stayed had he a college education to move up in the company. Otherwise, he would have been stuck at chopping chickens forever.

Fortuitously for him, that got him looking around for other opportunities. Curiosity got him to keep looking.

And that got him good at selling: selling his cars, his house, his furniture and anything else just to stay alive.

But he figured it all out in a few years and crushed it. As the editor of Success Magazine coined it, he became the Chicken Chopper to CEO.

wine.com
The World’s largest wine store delivers right to your door. Join the stewardship program for $49 a year and shipping is free, every time. Get $50 off your first order. Now is that easy or what? 🙂

vidyard.com
An easy-to-use yet powerful video solution that makes it simple to create videos, host them ad-free, share them with others, and track their performance. Sign up for Vidyard free today and as a bonus get their 2021 B2B Video Trends Guide.

Checkout
It’s a leading cloud-based global payment solutions provider with a payment platform purpose-built with simplicity, scalability and speed in mind, and ideal for merchants looking to seamlessly integrate better payment solutions, globally. Set up a free test account in minutes at checkout.com/durso

Please share with someone you believe would be helped by this episode.