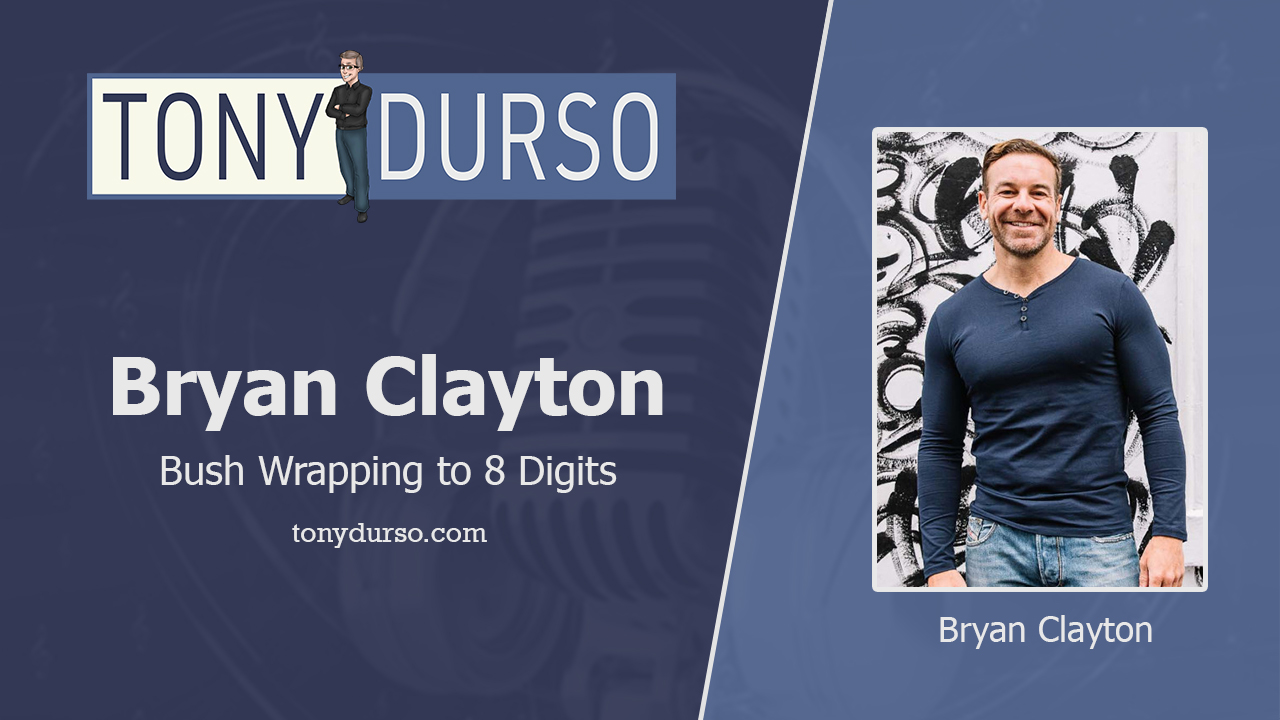 Bryan Clayton is CEO & cofounder of GreenPal, an online marketplace that connects homeowners with Local lawn care professionals. GreenPal has been called the “Uber for lawn care” by Entrepreneur magazine & has over 100,000 active users completing thousands of transactions per day.Before starting GreenPal, Bryan founded Peachtree Inc.

One of the largest landscaping companies in the state of Tennessee growing it to over $10 million a year in annual revenue before it was acquired by Lusa holdings in 2013. Bryan‘s interest and expertise are related to entrepreneurialism, small business growth, marketing and bootstrapping businesses from zero revenue to profitability and exit.

He makes 8 digits, but never had a job. Can many of us say that today? More correctly, he only ever worked for himself as an entrepreneur. And it gets better.

He had to decide when he went to college if he should get a job, and a significant pay cut, or continue cutting grass.

It was not only the realization that he was actually running a business, it was that he could make it a much bigger business. With his vision sharply forming, he set off to build the biggest business in his category.

He stuck with mowing lawns because while the money was good, he really wanted to make something of himself. And he did just that as he went on to build the largest landscaping company in Tennessee.

And, as he did so, he was driven by his responsibilities to his employees as his purpose driver to keep at it.

He likens business to a video game. I haven’t heard that before. It’s very unique. Break it down into 10 levels. That’s a great analogy. You have to grow to get past the challenges of each level.

And now we have some of the secret of his success in a way… he listened to Dave Ramsey constantly while mowing lawns. He didn’t want to listen to him, but had no choice. Every day he was kinda forced to listen to Ramsey talk about financial freedom, and personal and business finance.

That drove in him to be debt free and he made his choices against that mindset. That was beaten into his head over the years.

He suggests hanging onto the role of head of marketing until you have a big business. That’s the position that makes the phone ring and which brings in the customers.

Growing a large business is far more than just saying PPC, SEO or SEM. You really have to figure out how you are going to sell your product, and figure that out in depth, in detail.

As you progress through the journey of growing your business, your focus changes on what’s most important to you. Again, referring back to the concept of this being a video game. Each level has different challenges.

He said it well, you as the executive have to always figure out what is the triage of the choke point of your business and what your team needs to focus on.

Do you use the Toyota methodology? I like that. Ask “why” 5 times every time something goes wrong.

I was laughing when he said that the market place is always going to tell you where you stink. isn’t that a fact?

And the business is going to make you learn those things that you probably didn’t want to learn or didn’t care before, but now it’s vital to growth. The business makes you better. How about that?

Your business itself pushes you to be the best that you can be. It’s so true, and so refreshing to hear.

Bryan never raised any venture capital and as such, was never inspired to bring his company up to a billion dollars.

He believes the best form of financing are the company’s own revenues, and that is a significant testament to their success. At $20 mil a year, and growing, their business is quite sustainable.

And he’s always working on his best idea. And that idea is his current company for nearly a decade.

Skouts Honor
Probiotic grooming products scientifically proven and a natural solution for treating your pet’s skin problems. We use it on Daisy, the family dog, and we all love it! Receive 20% off your first order

Indeed
If you’re in charge of hiring, Boost your job post and get the best people, fast. This is their best offer available ANYWHERE. For a limited time get $75 credit

Please share with someone you believe would be helped by this episode.